In the strength and conditioning world there will be an ever lasting debate on what is best for building power.  As a strength coach myself, it is a question I come across on a daily basis.  Most athletic programs out there incorporate Olympic lifts (cleans, snatch, jerks, etc.) as one of the main tools.  I was told once, “Every football program I know power cleans, why don’t we?” Joe Defranco, a reknown strength coach who trains out of his own facility in New Jersey, believes that “any lift can be explosive” and that “they (olympic lifts) are overated”.

My main reason, especially during the in-season morning weights, is because the majority of them don’t know how, and who in their right mind wants to power clean at 6AM in the frickin’ morning anyways.  Not on my watch.

awkward catching can lead to injury

The two different styles can be broken up in these two categories; high force/high velocity (Olympic training styles) and high force/slow velocity.

Power lifters’ main lifts are the bench, squat, and deadlift.  They are known for having a sole purpose of moving as much weight as possible.  While the initiation of the movement may be explosive, the proceeding movement is at a slow velocity because of the load.

On the other hand, Olympic lifters’ movements are explosive using heavy loads with high velocities together causing a high power output. So which one is better? Studies in the past has compared maximal Olympic lifts to maximal power lifts.  These are the reason why you come across every athletic training program and they include olympic lifts.

A past research found that a group who trained in the power lifts were as strong as the group who trained with olympic lifts but scored significantly lower in tests for power and explosive performance (Triplett et al., 1999).  It is known through many studies that olympic lifts cause a significant improvement in the vertical jump test compared to powerlifting groups (Hoffman et al., 2004).

Studies after studies compared these two groups all finding that olympic lifts are greater for power while power lifts increase strength.  In athletics, although strength is great, power trumps all.  You can be strong as you want but if you can’t use it then what’s the point.

Like I mentioned before, all of these studies focused on maximal lifts in each group.  Olympic lifts increase maximal power with the use of heavier loads relative to the 1RM.  Powerlifters develop their maximal power using a lighter weight relative to 1RM.

Recently, a few studies were brought to my attention by Bret Contreras in his article, The Contreras Files: Volume II.

A recent study examining 23 powerlifters and rugby players showed that deadlifts at 30% of 1RM produced 4,247 watts of power (Swinton et al., 2011a). This is slightly less than values reported by the same researchers in another recent study, which showed that peak power in a straight bar deadlift was 4,388 watts (at 30% of 1RM) while peak power in a hex bar deadlift was 4,872 watts (at 40% of 1RM). In fact, some individuals were able to reach values over 6,000 watts in the submaximal deadlifts (Swinton et al., 2011b).

After this was brought to my attention.  It solidified my reasonings behind using dynamic effort using the power lifts. Louie Simmons, of Westside Barbell, mentions that box squatting will improve your pulling strength on deadlifts and olympic lifts (more on that in another post).

One of the main reasons I’ve come to favor the power lifts over olympic lifts is because olympic lifts take a long time to teach and most athletes are bad at them.  The olympic lifts are a sport themselves.  I see their place in training programs, but if individuals are performing them incorrectly then they are really not getting the full benefits of the olympics lifts.  What’s easier to learn; a power clean? or a deadlift?

Swinton PA, Stewart AD, Keough JWL, Agouris I, and Lloyd R. Kinematic and kinetic analysis of maximal velocity deadlifts performed with and without the inclusion of chain resistance. 2011a. J Strength Cond Res. 25(11) 3163-74. 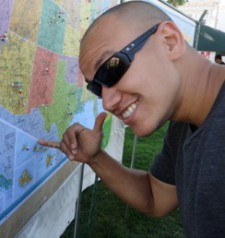 Aloha. My Name is Daniel Aipa and I write about living a strong and healthy life physically, mentally, and spiritually. I'm on a mission to 'Build a Ku Body' and help others on the way. Mahalo.